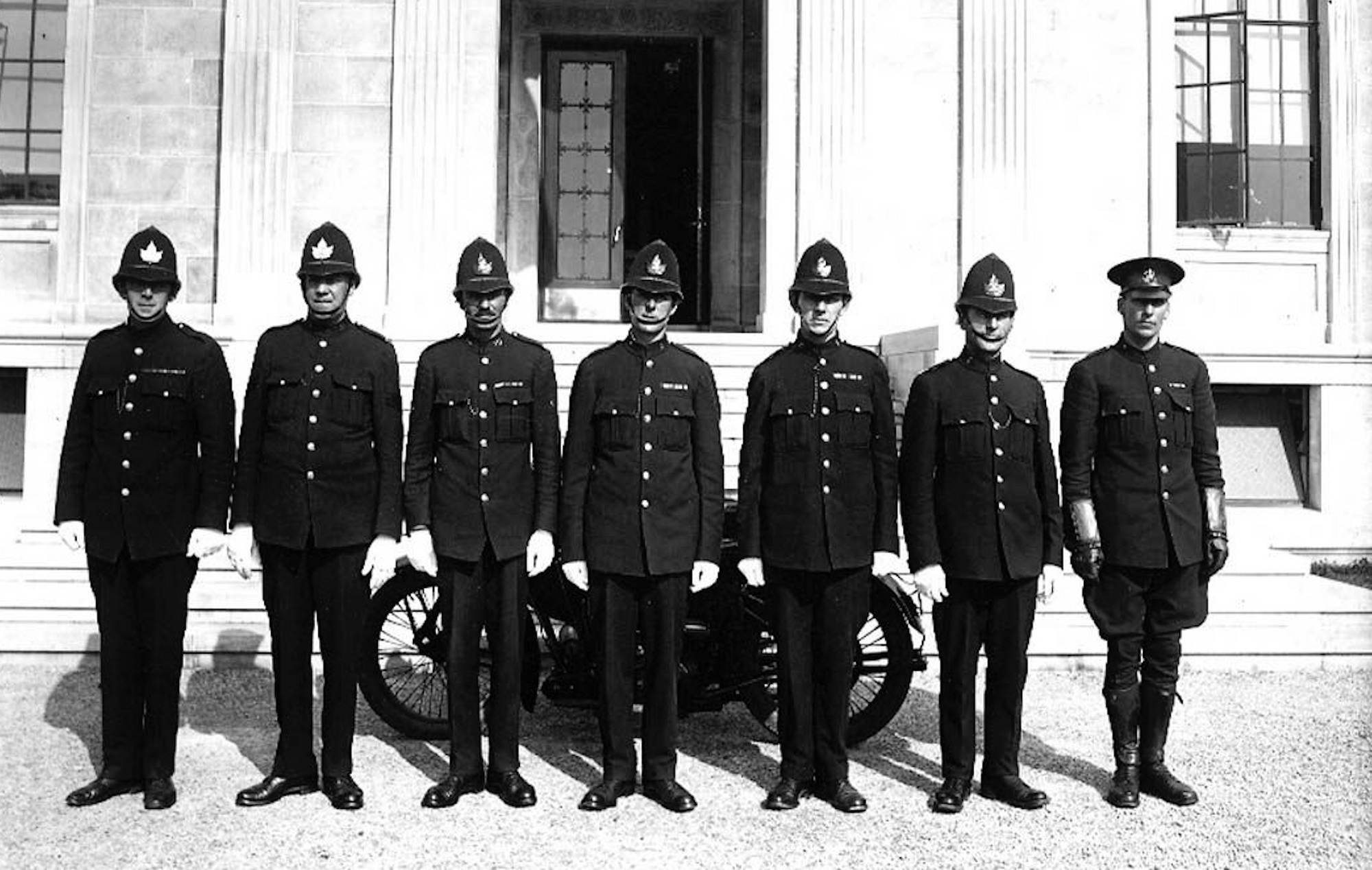 Samuel Eni was stopped by police last August while at Paddington station. He wasn't suspected of any crime: the officers told him he'd been 'flagged' and asked him to account for his presence, under something called 'stop and account'.

Samuel filmed the encounter and put it on Twitter, where it promptly went viral (low-quality copy here). Watching the video, it's clearly an intrusive experience. He's just catching a train, and suddenly two uniformed officers are asking him to justify his presence.

So it's surprising that police don't have to record data on 'stop and account'. (And many people don't know what it is - I didn't till I read Samuel's story. It's like stop and search, but without the search: you'll be stopped, and asked who you are and what you're doing.)

This wasn't always true. Police officers once had to record these stops, and the ethnicity of the person stopped, and the data showed there were millions of stops each year. But in 2010, the requirement was quietly dropped. Now only three forces still collect data on these stops.

As the Prime Minister controversially plans to expand police stop and search powers, this is the story of how 'stop and account' became a missing number.

Until 1981, Britain's infamous 'sus laws' allowed the police to search anyone they vaguely suspected, more or less at whim. The sus laws were replaced by modern stop and search law in the 1980s.

Meanwhile, stop and account continued as an informal practice, with no requirement for reasonable suspicion, and not covered by law. (This is because stops and account is technically voluntary: in theory, you can walk away, although in practice that may be difficult.)

In 1999, following the murder of Stephen Lawrence, the report of the Macpherson Inquiry warned that excessive stops were a major problem:

If there was one area of complaint which was universal it was the issue of "stop and search"... conditioned by... experiences of being stopped under traffic legislation, drugs legislation and so called 'voluntary' stops.

Macpherson was clear that while stops were an important part of policing, they were also highly intrusive and easily abused. So he recommended more data was needed on all stops, including the ethnicity of the people stopped:

It is essential to obtain a true picture of the interactions between the police and minority ethnic communities... All "stops" need to be recorded, and related self-defined "ethnic data" compiled.

So it was easy for a subsequent government to undo the reforms. In 2010, the Police Code of Practice was amended to no longer require forces to collect stop and account, on the grounds that it would "produce significant savings in police bureaucracy". No public consultation was held.

Most forces immediately ended the recording of stops: by 2012, according to the StopWatch campaign group, only 10 out of 43 forces were still recording data.

One exception was the Metropolitan Police in London. However, last year, the Met also quietly stopped collecting data. Again, there was no consultation, but you can see the data silently vanishes from the Met's public stop data dashboard in January 2019 (click on "Stop and Account by SDE").

2019: How many forces still record data?

To see what the situation is now, I sent Freedom of Information requests to 44 police forces in the UK asking how many 'stop and account' stops they'd carried out, and the ethnicity of the people stopped, in the past three years.

Forty-one forces said they were not recording stops: only three (Gwent, North Yorkshire and Northumbria) provided data. But even this data is patchy: the numbers jump around implausibly, or significant numbers of people have their ethnicity recorded as 'Unknown'.

So in short, only three police forces in the UK collect any data on stop and account, even though millions of these stops are probably still happening each year.

I spoke to Katrina Ffrench, CEO of StopWatch, which campaigned against the 2010 reforms, about why stop and account data matters. She said:

Any stop means that people feel their day has been interfered with. Figures allow us to understand if police time is well-used, and whether ethnic minorities are having more contact with police.

She notes that from stop and search data, we know that at the time of the Macpherson Inquiry in 1999, black people were around four times more likely to be searched than white people. Now, black people are eight times more likely to be searched. But we cannot know if the same applies to stop and account, or if particular forces are using these stops disproportionately.

Katrina also says that without data, it's easy for the authorities to dismiss people who do report excessive stops:

Data allows lived experiences to be validated. If there's no data, then people are often told their experiences are anecdotal.

A case study in missing data

By the way, it's important to know that if you are stopped under 'stop and account', you do have the right not to answer questions. Here's the BBC (featuring Katrina Ffrench) explaining your rights if you are stopped.